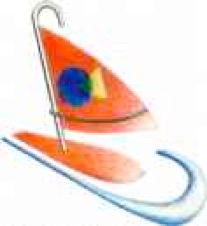 Rudi Canters, a blind Flemish internet pioneer, came up with the idea of setting up a national project to promote web accessibility. Blindenzorg Licht en Liefde vzw understood the societal relevance of Rudi's plans, and established a cooperation with him in 2000. This resulted in the founding of BlindSurfer.

On the 18th of April 2001, the project and the quality label that came along with it were introduced to the media. During that same day, BlindSurfer introduced web developers to the accessibility guidelines Rudi and BLL had compiled.

During our two first years, BlindSurfer received financial support from Gelijke Kansen Vlaanderen and Mieke Vogels, then minister of Welfare. On the 11th of June 2004, the Flemish government decided that all websites run by the Flemish government should be accessible. In order to accomplish this, the department of Government Administration established the project Toegankelijke Websites (or ToeWeb).

In 2003, we searched for a Walloon partner to team up with. Oeuvre Nationale des Aveugles (ONA) joined our forces, and allowed us to expand our services to Wallonia. Unfortunately, the collaboration between BLL and ONA only lasted four years. Today, BLL still strives towards accessibility on a national level. 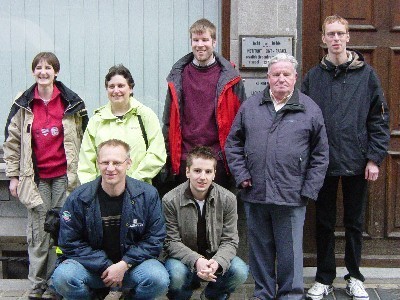 In an effort to refute the stubborn misconception that web accessibility only serves visually impaired users, we made a bold move in the summer of 2006: we changed our name from BlindSurfer to AnySurfer. Our mission and goals never changed; only the name and logo received a makeover. We used this opportunity to rewrite our guidelines and to build a new website. We issued our first AnySurfer labels during a press conference on the 11th of October 2006.

In December 2008, the World Wide Web Consortium (W3C) published version 2.0 of the Web Content Accessibility Guidelines. AnySurfer collaborated on the Dutch translation of WCAG 2.0. As of February 2010, our old checklist fully conformed to level A of these international online accessibility guidelines.

Aside of websites, other forms of information also drew our attention. We started organising trainings about the accessibility of Word documents and PDF files, aided by the Accessible Digital Office Document (ADOD). Our colleagues of Blind d Mobiel translated a fair share of these documents into Dutch.

We wrote a flyer for the European Blind Union, titled Making information accessible for all (also available in French, Dutch, German, and Spanish).

We updated our corporate identity in December 2012, and we introduced our status pages. Since then, every labelled website receives a status page which contains information on the guidelines the website adheres to and the period of validity of the label.

On , the World Wide Web Consortium (W3C) published version 2.1 of the Web Content Accessibility Guidelines. Due to this change, we've stopped basing our reports on our checklist, which still coincided with WCAG 2.0, and started working directly with WCAG 2.1. As of January 2019, our label coincides with WCAG 2.1 level A.

According to the European directive on the accessibility of the websites and mobile applications of public sector bodies, all new European government websites and mobile apps have to be accessible by the 23th of September 2019. This means they have to adhere to the criteria of WCAG 2.1 level AA. Because of this reason, our reports are now based on level AA of WCAG 2.1